Merry Christmas and finally we have parts on the car!

Firstly I would like to wish everyone a very Merry Christmas! I hope you all have had a lovely day with your families and loved ones. I've spent most of the day being on call for work, (fortunately I was not needed) and I'm presently sat on my parents' sofa with a sherry, trying to digest half a Duck and assorted accoutrements, realising I hadn't posted in a while. (Edit: I'm actually finishing this post in Hong Kong as I was eventually called away at extremely short notice on Boxing Day, before I had a chance to publish it!)

After 'Delivery 2.0' and some fretting on the Caterham and Lotus 7 Owners Group with Caterham's reworking of the chassis we decided to proceed with assembly. Dad wasn't initially happy with how they had dealt with it (effectively Caterham had just enlarged the hole on the offending bracket to allow the bolt through the chassis member- see detail on earlier posts below). However the advice (as always) on the Facebook group was reasoned and very forthcoming (thanks everyone who replied!) and maybe we were making more of a mountain out of it than we needed to. Also, being away on holiday whilst Caterham had the car meant that we didn't really lose any build time.

However, since then we have struggled to find the time to actually commence building! With a full time job (meaning I'm away a fair amount on business), planning our wedding, building a utility room, renovating the downstairs toilet and now repairing the Land Rover after a MOT failure, it's been difficult to afford some time. Never a dull moment! 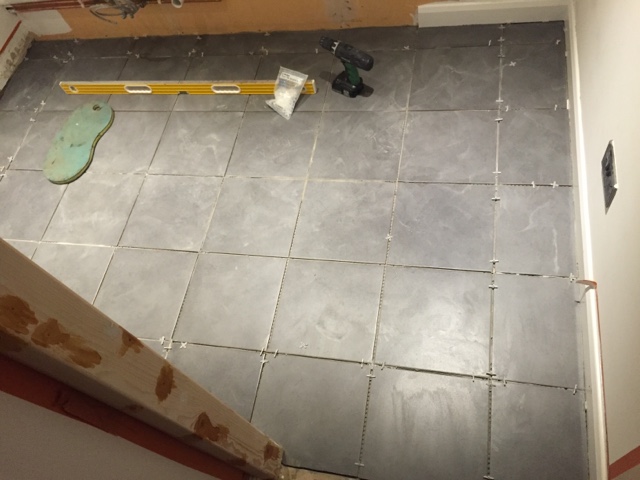 The reason why the build hasn't progressed so quickly: Tiling and finishing our new utility room.

However we finally have bits on the car! Not many due to the electrician having to change our fuse box and killing the light in the garage, (meaning an early finish on the one day we did have). The front suspension is largely in and we're now looking ahead at shoe-horning the engine in. The good news is I have a big block of days off coming up in mid-January so planning on focusing on the Caterham then. 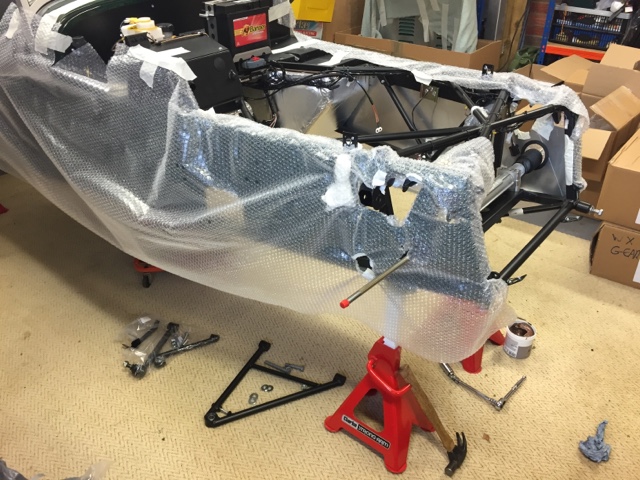 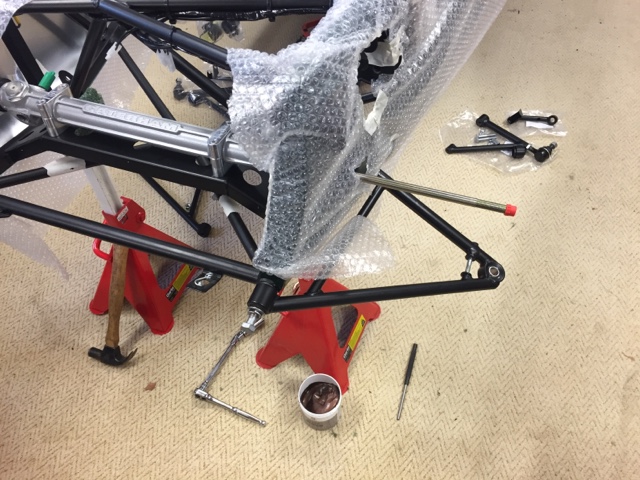 As the car has wide-track suspension the washer arrangement is somewhat different when fitting the wishbones. It was a little fiddly and tight getting them in, but managed it pretty well. Again the Assembly Guide was not the most helpful; it lead you down one course of action before telling you about the other condition. We had been pre-warned by others to expect this from the manual and had read up beforehand! However it was most satisfying when we tightened the bolts and the torque wrench made the satisfying clicking sound. 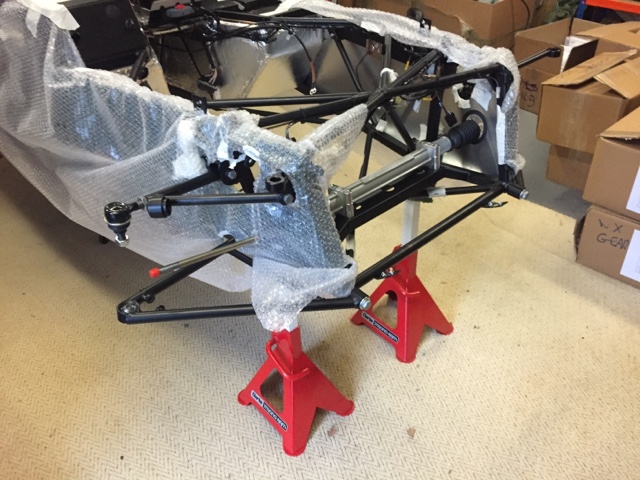 Hopefully I'll have plenty to report in the next couple of weeks. Thanks for reading and will report back soon!
Posted by Unknown at Friday, December 25, 2015