The front Anti-Roll Bar (ARB) bolts have arrived from Derek and pass through the front of the chassis forwards into the special brackets (see below). They were just a tad too long, so we used a washer as well as a spring washer, so that they didn't start to crush the tube. 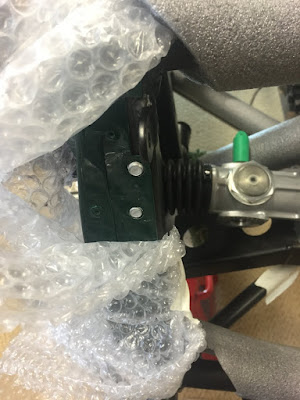 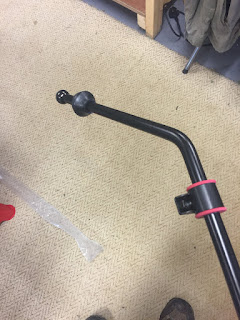 Preparation of the front anti-roll bar.

Preparing the Bar itself was relatively simple, although the ball-ends wouldn't fit into the mounting cups. We had to remove almost all of the powder coat using my Dremel (It's been proving very useful!) - see below. 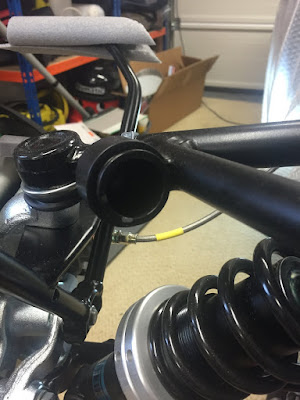 Too much powder coat in and around the mounting cups. 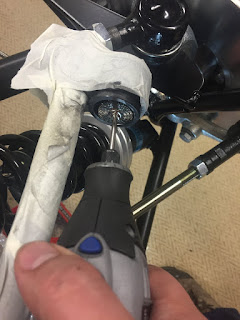 Using the Dremel to remove the powder coat; 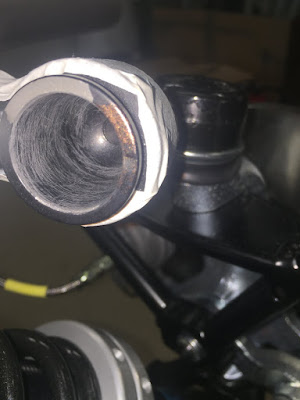 Getting there using the wire brush attachment;
For the record, a cylindrical sanding bit is less abrasive and achieves a better finish.

The ball ends were greased up then fitted nicely into the cups. A little more grease around the outside of the ball joint and the rubber boots were cable-tied into place. Job jone. 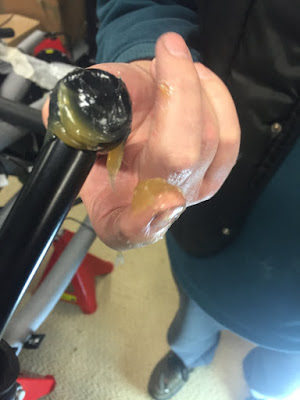 Greasing up the ball ends. 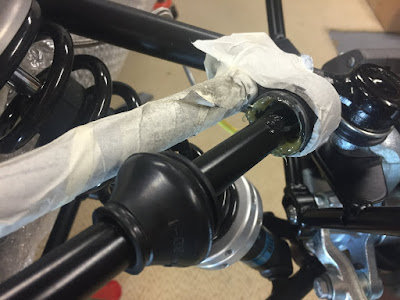 A little more grease before the rubber boot is placed over the ends. 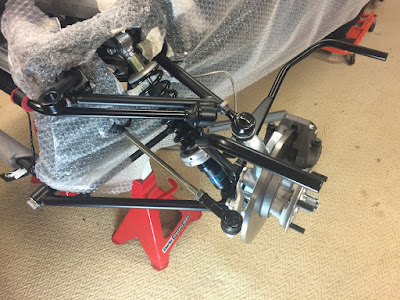 
The next thing was to sort out some of the last bits of wiring. From looking at a couple of blogs it would appear that people have put all the positive connections together on the positive pillar of the starter solenoid, being all the same potential. We had a couple of reservations as we weren't sure the nut would be in safety with all those ring ends in place. This was nothing however to when we looked at the terminal (see below) BEFORE we put the ring clips on, most of the threads had been crushed, on both pillars! It looks as though the terminal/pillar is all soft copper and has been crushed at some point, meaning the nut cannot get started until almost at the base of the pillar itself, certainly not enough to fit all the ring clips onto the starter solenoid. 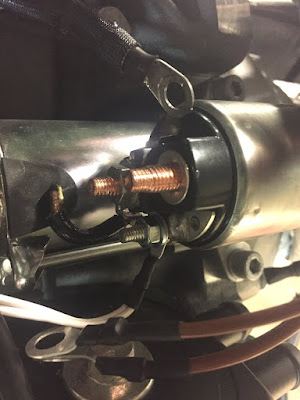 Note the crushed (not by us!) threads on the starter solenoid pillars. Hmmm...


We called Derek, the ever-helpful Guru, who told us that the two long brown ring-ended leads (above), that eventually lead to under the dashboard, could just be fitted onto the battery positive terminal directly, rather than via starter solenoid. Although we've not tried this method yet, I'm a little concerned with all the extra wire now left over and how to route it effectively. Will have to think about what to do before we go any further...

Next I removed the pedal box cover whilst Dad started to assemble all the parts for the steering rack assembly, to be fitted tomorrow. 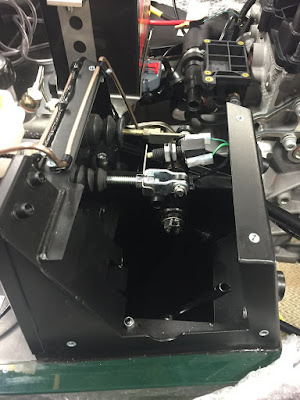 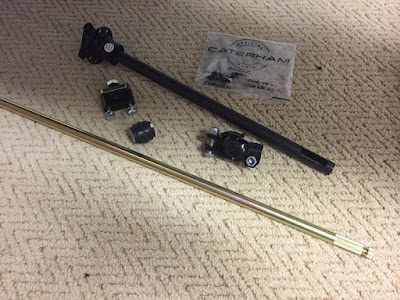