Not much progress today (Build Day 8)

After yesterday's successes not much visible progress was achieved today, mainly because we spent it trying to route the wiring and connect the engine. My hands are scratched to hell, as the clearances involved are rather tight! Speaking of clearance have a look at the Bell-housing and the driver's side footwell...(see below) 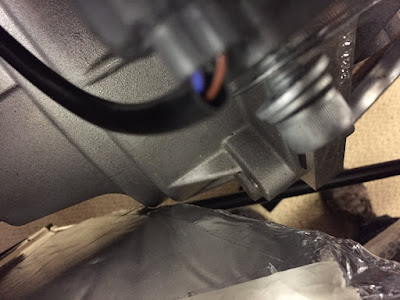 First job was to fit the gear lever; took a bit of time to get evening aligned but eventually we won. 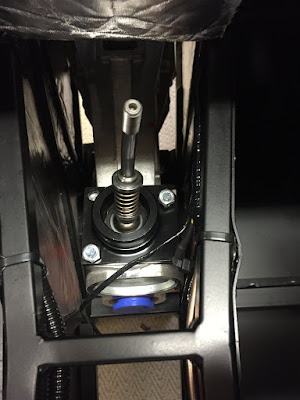 Next was the reverse light switch; the Assembly Guide says there's a hole in the right hand side of the transmission tunnel. There is not (Is it an SV thing?). However it wasn't too difficult to fit and wire in, just a little fiddly. 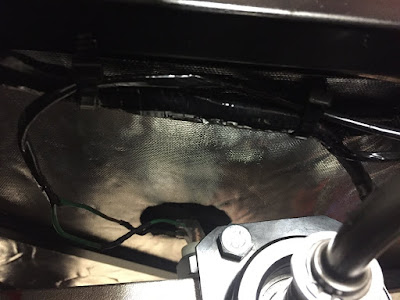 Note the Reverse light switch below the gear lever.

Finally the rest of the day was spent routing the wiring and working out what went where. A lot of trying to make everything look neat and cable-tying everything so that it doesn't rub or touch hot parts of the engine. This takes longer than you think and requires a little experimentation. We're pretty happy with the results, however once again the Assembly Guide is unhelpful as quite a lot has already been done for you. 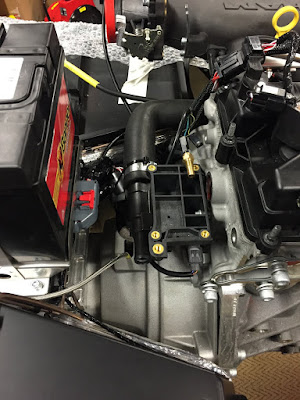 Bolts have arrived for the Front Anti-Roll bar, so that'll be done tomorrow including some other outstanding tasks.